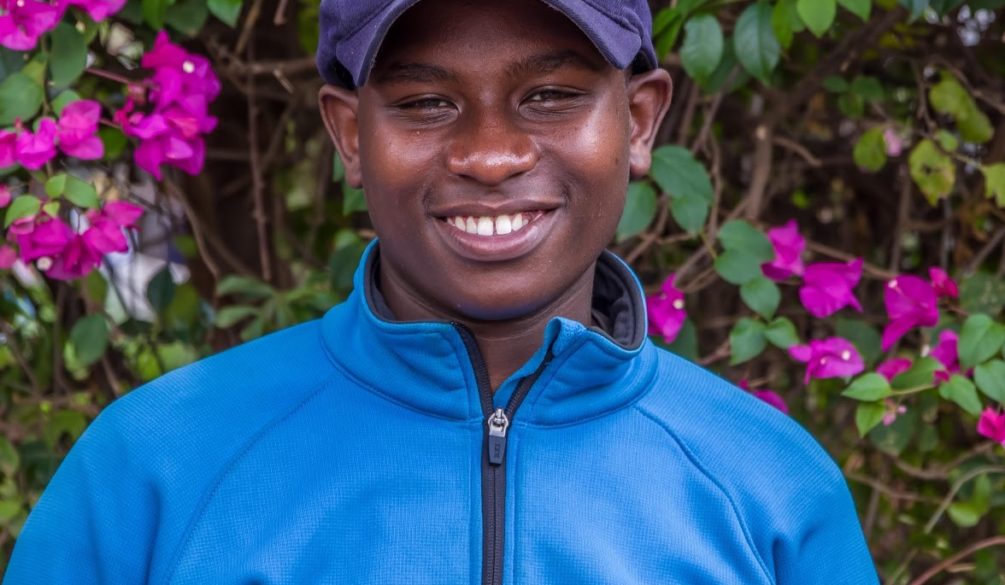 John came home to a Hope’s Promise family in October 2006. He is thriving with his sisters and brothers, and house parents. John dreams of becoming an

aeronautical engineer! John spent his early years in the second largest slum of East Africa where half a million people live in six square miles of abject poverty. Children in Mathare Valley are especially vulnerable to abuse, neglect, starvation, inadequate sanitation, illness, and hopelessness. In Kenya, 45% out of a total of 9.5 million children under age eighteen experience poverty and 3 million are orphaned.

Your sponsorship provides John and his family with basic needs, such as food, shelter, medical care, and education. You also give John the love of a permanent family, belonging, and hope for his future.