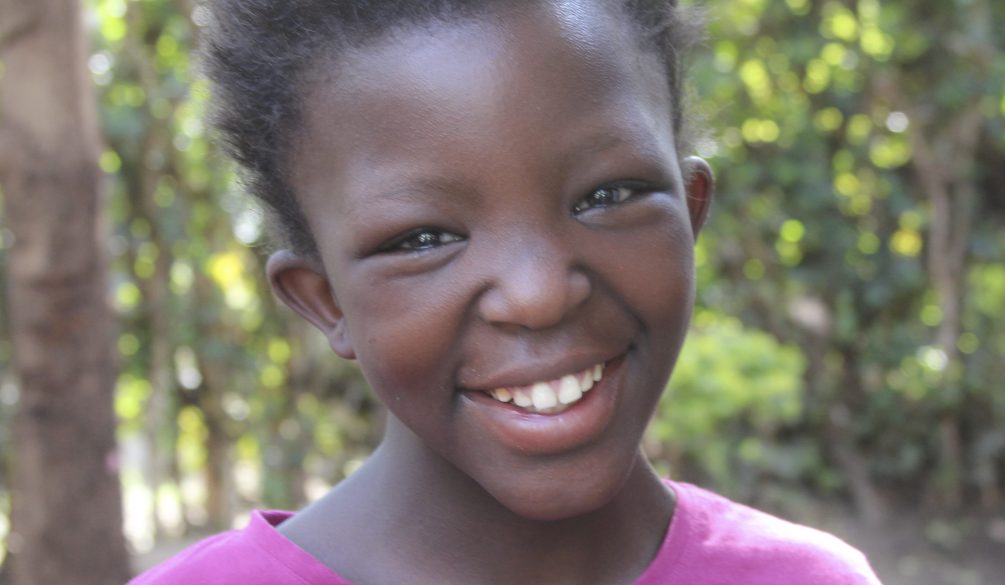 Esther’s story begins in 2005 when she was born into the poverty of Mathare Valley slum. Sick and hungry, her single mother prayed that she would die. In

2008, Sanctuary of Hope #2 (SoH2) opened and Pastor and Mama Karau tried desperately to get Esther into this family, but Esther’s birthfather came back into the picture and refused to let her go. He then disappeared as quickly as he appeared. In 2009, Esther was rushed to the hospital. After many tests, she was diagnosed with an underlying genetic problem that made it difficult to absorb important nutrients. Five years after Esther entered the world, the Hope’s Promise Connection Team, met her at Mathare Valley Worship Center. She looked only two years old, could not walk and was extremely malnourished. On returning to the U.S., members of that same team came together to raise funds to get Esther to a specialist in Nairobi who recommended a walker and good nutrition—both impossible in the slum. The situation was desperate and Esther’s birthmom pleaded with the Karaus to allow Esther to live at SoH. Esther was welcomed home to SoH in July 2010!

Today, Esther is not only walking—she’s RUNNING! She lives with brothers and sisters at SoH who adore her and are always looking out for her. Through the support of generous sponsors, Esther is now enrolled in a specialty school for children with learning disabilities! The road of development stretches far before Esther, but if not by the grace of God, she would not be here today!