How do you become the kind of person who changes the trajectories of other people’s lives? How do you inspire others in eternally impactful ways?

Although Brian and Debbie Lee are far too humble to self-identify as possessing this kind of influence, many people mark turning points in their lives after meeting, knowing, and serving alongside them. Brian and Debbie are longtime supporters of the Hope’s Promise ministry in Kenya. Numerous accounts testify that the Lees are catalysts for charting or changing careers, adopting children, questioning deep-seated cultural values and reframing global perspectives.

The Lees have ministered to college students for three decades as staff-workers with InterVarsity Christian Fellowship (IVCF). They serve year-round at a college campus in Montana and have led hundreds of students on the IVCF Global Project to Kenya every summer for more than twenty years.

Katie Jamieson remembers, “Through a summer with (the Lees in Kenya), my eyes were opened to the reality of true poverty and of how deeply God loved the world, the whole world. Having honest and real conversations with fellow students and Brian and Debbie after walking through slums and visiting orphanages reframed my worldview from one of middle-class America to a more holistic and global perspective.” But the changes in Katie’s life were not only in terms of how she sees the world. During a second trip to Kenya, she served alongside her husband Brendan as Global Project staff with the Lees; and, as a result, they decided to adopt a child from Africa. They brought their daughter, Lilia, home in 2010.

Lisa Lee (no relation), longtime friend of the Lees for about twenty-five years, recalls a pivotal moment in Debbie’s life in 2006. “I listened while she tried to decide to quit a nursing profession she had worked hard at and start a business to earn money to support Hope’s Promise in Kenya: Pamba Toto, Swahili for ‘adorn a child.’ What a wonderful thought, to adorn orphans with the love of Jesus in the form of a loving family.” Debbie continues Pamba Toto to this day, donating profits to the Hope’s Promise ministry in Kenya and, through her advocacy, raising up many child sponsors.

Holly Leonard went with the Lees on an IVCF Global Project team and remembers, “Brian and Debbie’s passion for the cause of orphans is contagious. The first time I witnessed the plight of the orphan first-hand was twelve years ago in the slums of Nairobi with Brian and Debbie. Brian’s words after that experience are forever burned into my heart and soul, ‘You cannot un-see what you saw today. You are no longer ignorant to its existence, and you, therefore, have a responsibility to respond to it.’ The impact that had on me would eventually lead me to work (for Hope’s Promise) for five years. Their years of experience working with orphans and around extreme poverty have given them an incredibly beautiful perspective on the Gospel. The way they live and love reflects that in such a way that others can’t help but to take notice and be intrigued.”

The Lees have also inspired others to join Hope’s Promise Connection Teams. Diane Joy, her husband, and their three children served with the 2012 team because of the Lees’ influence. Diane says, “What we’ve seen over the years is the agony of their heart as others are hurting, whether physically or spiritually. The longing in their eyes when they speak of someone who has yet to know the love of Christ and relationship with Him. The tears and heartache when a child, whether in Kenya or on a college campus are physically or spiritually orphaned and in need of HOME!  They aren’t putting on a face or a front to make others want to do good or advocate for others. They simply stay connected to Christ; and because of that, they feel and do deeply whatever Christ asks of them. God used their lives and the relationship they have built with us to send us to Kenya and to see orphans in a whole new way. Because of that experience, we adopted a daughter from US foster care. We’ve been allowed to see life in a way that we were blind to before. I would say we hurt more deeply; we love more deeply, we find joy in smaller things. We are not and will never be the same.”

Perhaps the most difficult respect to earn is that of those who know us best. Who see not only our selfless service, but our weariness, discouragement, and dark sides as well. Thus, perhaps the most poignant testimony of the Lees’ influence is that of their daughter, Hannah Crouse, who currently serves as Hope’s Promise Child Sponsorship Coordinator, “For the past thirty-two years, my parents have shown me that ministry never stops. Ministry is not just a two-week missions trip. As a follower of Jesus, ministry is every day. From the ages of 12-18, I spent my summers in Kenya with my parents. Each summer I saw and experienced something new and life-changing. I knew that my life back in the States was not reality. Life in the slums was reality. Life with AIDS was reality. Life as an orphan was reality. I came back each fall to my life and became increasingly frustrated with the priorities of those around me. It was because of my parents and their determination that their children would not grow up living ‘small lives’ that spurred me on and eventually lead me to a field of study in college that has launched me into the work I do now—working with children who, due to no fault of their own, are left alone in a world that is so overwhelmed with their numbers that they are swallowed up into statistics instead of the embrace of a family. I am forever grateful to my parents for their selflessness, their compassion, their love for Jesus and their heartbeat for the world.”

Summarizing how to influence and inspire other people based on the Lees’ example is really quite simple—in the most complicated, costly kind of way possible: 1) Live what you say, and 2) Invite others to join you.

Then, may it be said of each of us, as Lisa says of the Lees, “Brian and Debbie are the pebble, and I am one of thousands of ripples whose life and heart has been enlarged…” 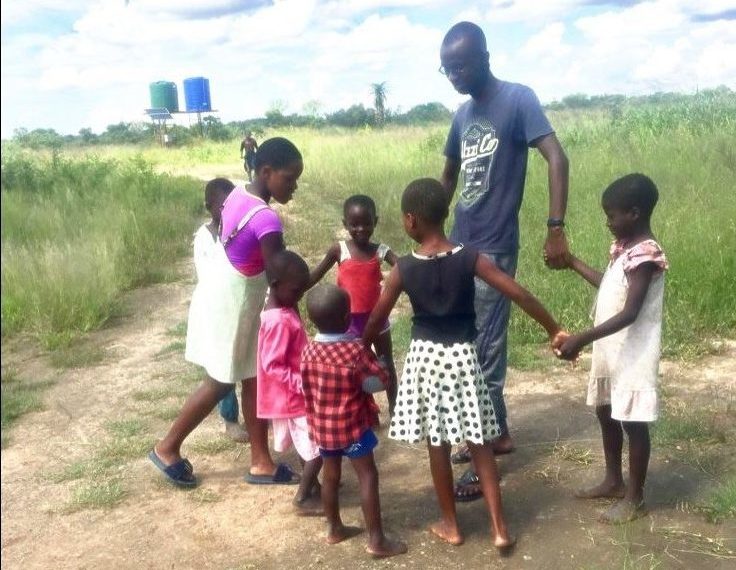 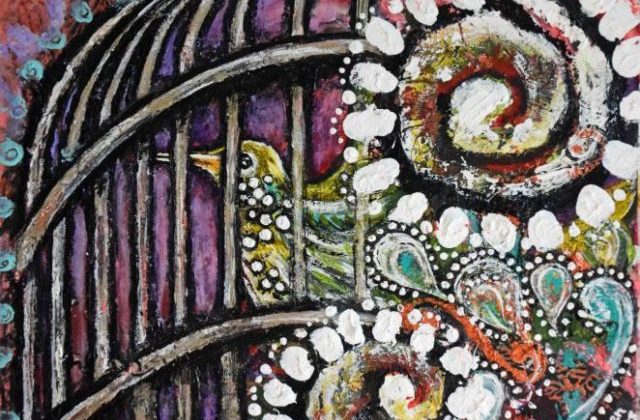 Above All, Keep Your Heart Free