[The orphan crisis is overwhelming. With more than 140 million orphaned children in our world it is easy to feel that nothing we do can make a difference. That couldn’t be farther from the truth. If we each do something, we are much closer to solving the issue.

I was home. After spending two weeks in Vietnam, I rolled my suitcases into my bedroom and sighed. My eyes welled up with tears as memories of the many orphaned children I’d visited filled my mind. What could I do for the children? The possibilities seemed overwhelming. While gazing at the familiar surroundings of my bedroom, my eyes narrowed in on my Singer sewing machine sitting in the corner. Well-loved by years of sewing garments and curtains for my children and loved ones, my sewing machine felt like an old friend. I realized what I could do. An idea that was first laid on my heart in Vietnam would turn into The Pillowcase Project.

The idea started a few weeks earlier, after our plane touched down in Vietnam. I stared out the window nervously anticipating meeting the orphaned children we’d sponsored over the years. It had always been rewarding to write letters and send pictures to the children, but something was missing. A hand shake. A shared smile. A touch on the shoulder. I grabbed my personal items and stepped off the plane, excited to finally meet our sponsored children in person. Our long-distance relationship was about to change.

My husband and I accompanied our close friend and his wife, both founders of “Friends for Vietnam,” to visit Hope Center, a sponsored children’s home. My first realization that life in Vietnam was very different was trying to cross the street in Ho Chi Minh City. This was no easy feat. The roar of motor scooters filled the streets. Traffic flowed steadily without stop signs or stop lights to slow the vehicles. My heart raced as I followed my friend and stepped off the curb, trusting his assurance that the motor scooters would swerve around me. A whole new meaning was given to the phrase, “stepping out in faith,” as I took a deep breath and my feet hit the pavement.

Safely across, I noticed women stirring soup and noodles in a pot and grilling fish on a small grill, while the older women and men sat on children’s size plastic stools and ate the prepared food. The reality of their humble lifestyle compared to my wealthy homeland made me embarrassed for the sparse funds I contributed to those in need; those that didn’t have a home or parents to feed and clothe them. Were the orphaned children we supported being cared for in a loving environment? I’d know soon enough.

As we drove a few hours outside of Ho Chi Minh City and into the beautiful countryside spotted with bright colored flowers and lush grass, I praised God for the surrounding beauty that calmed my soul and brought peace to my heart. At the children’s home, we were greeted by a pastor, his wife, son, and daughter-in-law. His other son and daughter-in-law were inside taking care of the children. At the time, only six adults were caring for 78 children. However, the number of children would continue to grow.

As we waited for the older children to arrive home from school, the pastor and his family led us through a small, but impeccable home where they served us a simple meal. Soon, we heard the screeching of a school bus. I watched as dozens of children with beautiful jet-black hair and brown eyes wearing blue and white checkered uniforms happily exited the bus and approached the pastor and his wife with a bow and greeting in their native language.

After lunch, I was led by a group of girls into their sleeping quarters, a large room lined with cots where the children slept. Each cot had a small travel size pillow, light blanket, and mosquito net covering that hung from the ceiling. Adults scattered to prepare the children for nap time. Most of the little ones laid their pillows on the cool tile floor while a few took part in a pillow fight. My heart filled with joy as I watched these children find pleasure in a simple pillow fight with a friend.

“They play with their pillows as if they are stuffed animals,” I said, “I’d love to make child-friendly pillow cases for these children.” “It’s cheaper to buy the pillowcases here,” an adult replied. Another adult concurred that it was, indeed, cheaper to buy pillowcases in Vietnam, but she connected with my heart’s desire and said, “If she wants to make and personalize pillow cases for each child, I think she should follow her heart.”

I was suddenly struck with the reality that I’d need to make over 80 pillowcases. Thoughts raced through my mind; How would I get them back to Vietnam? How can I accomplish this feat? Just like I needed to place my trust in a friend to cross the busy street in Ho Chi Minh City, I realized I would need to trust God in His leading. Not only was He going to bless these children, but I would share in those blessings, and several others along with me.

When I returned home, I spread the word to several women about my desire to make pillowcases for the children I had met. To my delight, they responded by volunteering to help sew the pillowcases. A group of ten women and two teens armed with sewing machines, whimsical fabric, sewing patterns, and a vision made pillow after pillow for the children. We had three months to complete as many pillowcases as possible before our friend returned to Vietnam to deliver them. By the end of three months, we exceeded our goal of 100 pillowcases, and made 124 in total. Unknown to us, Hope Center had grown from 78 to over 121 children in just three short months. We heard that the children’s beautiful brown eyes lit up with joy as pillowcases in a variety of colors and patterns—from Thomas the Train engine to bumble bees to Minnie Mouse—were handed out. Every child received their very own pillowcase, with extras for new arrivals. Sewn on each pillowcase was a note of love from the seamstress that read, “Sweet dreams little one. God loves you.”

The Pillowcase Project became a double blessing. The orphaned children were blessed with the gift of a new pillowcase. The women who volunteered to pick out fabric, sew pillowcases and pray for each child who’d receive them were equally, if not more, blessed by the gift of doing something for another. It didn’t take much of our time or resources to sew pillowcases. God revealed to me that if we trust Him with our time and talents, He will use them to bless others.

Debbie McGee has been married to her husband who has been her best friend for almost 45 years. Together, they support several orphanages and ministries outside the United States. Debbie has two daughters and eight grandchildren. One of their two daughters, Adrian Collins, is a volunteer for Hopes Promise. In her spare time, Debbie enjoys running, hiking and spending time with her family. 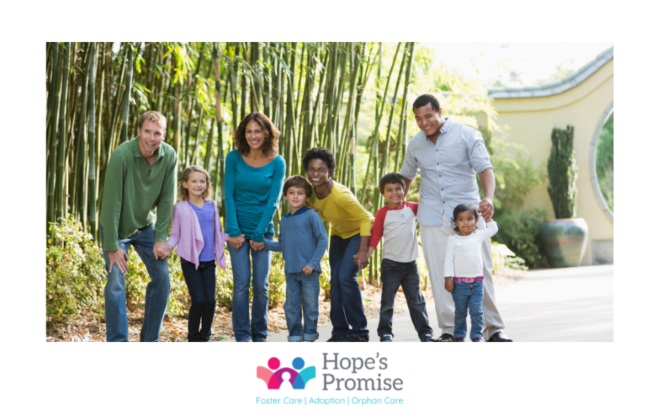 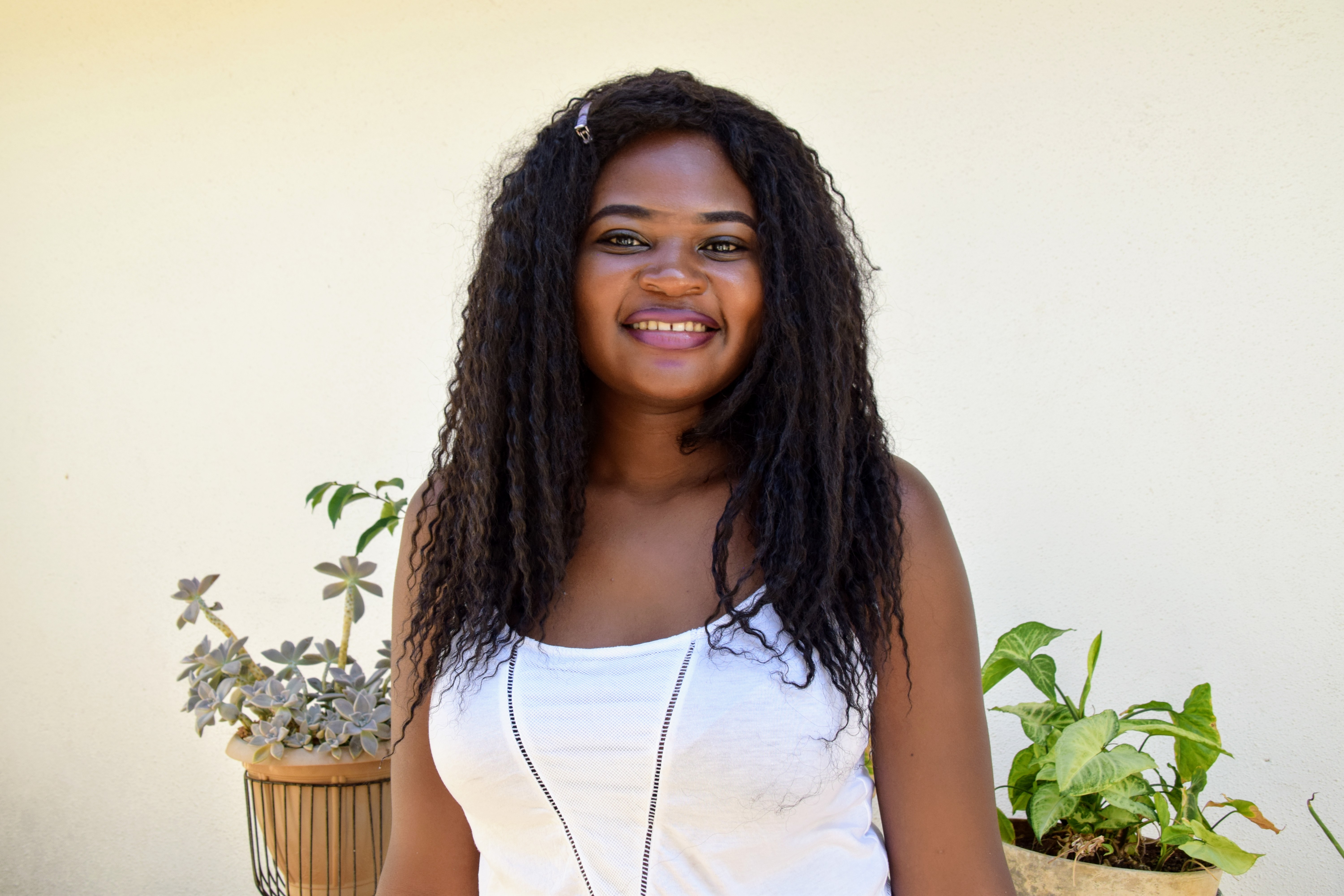