For Lilia, my children, and  the many others around the world who ache for a different beginning… This is what really happened…

You slip into the world raw and trembling, aching for tender touch. But instead, the one you most long for walks away.

You huddle there, vulnerable in an abandoned building, or a slum medical clinic, or a street shoulder – tiny and powerless. Perhaps you cry, but maybe you are too weak or frightened. Perhaps the animals creep near, drawn by the scent of fresh blood; and instinctively you pull your tiny fists in tight, making yourself as small as possible. You know this isn’t the way it is supposed to be. Where is the voice that traced your cradle of soft darkness, lulled you to sleep, woke you with song? Now, only sinister silence, or the harsh crackling of a busy street. You shudder, alone, terribly alone, at the hour when all of creation screams that you should not be alone.

But there are two worlds. There is the dangerous world swarming around you. And there is another world, unseen, where every resident’s attention is riveted on you. As one, they hold their breath and watch. The King, the One and Only to Whom all praise is due, hovers near. Then, He steps into the void, unseen in the first world, the Focus and Purpose of the other. He kneels, cradles you to His chest, and gazes at you in wonder and disbelief. He, the Creator of All, smitten with this, His newest creation. He strokes your cheek, the God of the Universe, unable to absorb the glory of your existence.

Then, he integrates the two worlds for a split second. He beckons.

Perhaps a construction worker, a woman balancing a basket on her head, a child skipping by in school uniform, or a nurse. Perhaps even an angel, suddenly visible in the seen world as a ragged slum inhabitant. It matters not who it is. This, His appointed ambassador, gingerly receives you from His arms.

During that walk to a police station, an orphanage gate, a clinic nursery, He triggers a chain of events, like dominoes toppling across the continents and oceans to my little heart, on the other side of the world. And there, you are born a second time. This time, you are celebrated and longed for with every ounce of a seen world inhabitant’s being.

You see, there are two versions of this story. In the visible world, you are cast off, abandoned without a trace by those who should have loved you most. By luck you are found and rescued. But in the unseen world, every second of your existence is carefully stewarded, orchestrated, overseen by the One who truly loves you most. Never for a moment are you alone.

You were, are, and always will be held. 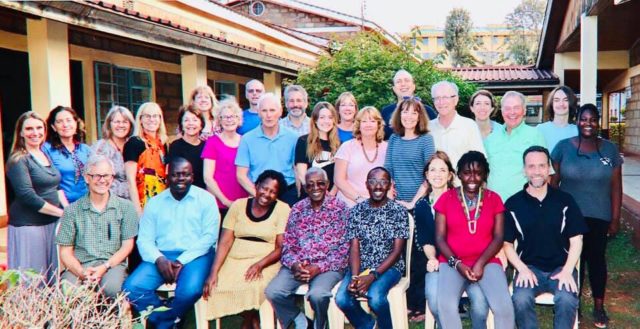 Vietnam: So Much More Than A War