After many heartbreaking years of infertility, Leigh and Corrie adopted a healthy baby boy. They took him home from the hospital, and they all lived happily ever after.

Leigh and Corrie were happy. After what seemed like an eternity, one of their most profound wishes had been realized. They had pursued adoption in the past. Filled out all the paperwork. But now that they had Noah, they were no longer in a hurry to adopt. In fact, they weren’t pursuing it anymore.

One phone call from Hope’s Promise changed everything.

“We have an expectant mother considering adoption for her baby boy,” the social worker told them. “She’s due in two weeks. The baby will probably be born with special needs. Twenty-seven families have already said no. And, we need your answer in 24 hours.”

This definitely wasn’t how Leigh and Corrie had expected to spend their day. The couple started praying and seeking council from friends and family members. Hours passed. As phone calls were made and e-mails exchanged, Leigh and Corrie became convinced God was leading them to embrace the unexpected. They pushed through their fear of the unknown and said “yes” to Dillon. When they met their son at the hospital a few weeks later, the doctors reported finding no physical abnormalities in Dillon at all.

Corrie and Leigh dove head first into life with their new son. Family and friends rallied around them, sharing their joy. But their sense of relief over Dillon’s hospital diagnosis was short-lived. When Dillon was just six weeks old, the audiologist discovered he had severe hearing loss in both ears. Dillon’s parents grieved as they wondered how this condition might affect language acquisition, relationships and Dillon’s future.

Corrie remembers sitting in her room one evening with the tiny child swaddled in her arms. Her eyes full of tears and her heart, full of questions. Her mother joined her in the dimly-lit room and took her hand.

Corrie and her mom laid their hands on the boy they’d already grown to love. They prayed for him with all the boldness they could muster.

“Heal him, God,” they pleaded. “Heal him completely.”

Years passed. Dillon still couldn’t hear. Hearing aids helped him, but they didn’t keep him from experiencing speech, emotional and motor delays. Now a 4-year-old, Dillon has made regular visits to get his hearing tested. Leigh and Corrie and their loved ones never stopped praying.

Something strange happened around Christmas in 2017. Leigh and Corrie became concerned when they noticed Dillon was frequently removing his hearing aids and complaining about loud noises. Corrie and Dillon were in a store just before Christmas when a man came by with a squeaking cart. Dillon immediately covered his ears and began writhing from the pain in his head. Corrie knew the situation was becoming desperate.

In early 2018, the family took Dillon to meet with a team of audiologists. After testing Dillon for over an hour, two doctors sat the family down.

“I’m not even sure how to say this,” one said finally. Leigh and Corrie braced themselves. How could this get any worse?

“Dillon is hearing everything at normal range for volume, frequency and pitch,” the doctor continued. “In both ears. What I’m telling you is this: his hearing is completely normal!”

Before Leigh and Corrie could react, the other doctor chimed in.

“We never get to give this kind of news,” he said, shaking his head in disbelief. “I have never even seen this happen!”

The family walked silently through the parking lot after the consultation, redundant hearing aids in hand. In the car, they tried to process the impossible news they’d just received. They held each other like they’d never let go. They laughed, cried and praised God.

Dillon looked perplexed. “But my hearing aids make me special,” he said. His parents had certainly told him this many times in his young life.

When Leigh and Corrie explained that God made him special with or without hearing aids, he was elated.

Leigh and Corrie were prepared to live with Dillon’s hearing loss, knowing it would never make them adore him any less. They knew God’s plans and timing aren’t always the same as ours. Yet, they remained outrageously bold and faithful in prayer. Sometimes, God speaks through dramatic miracles like this one. Sometimes, He whispers his peace and comfort, gently promising to sustain us in the storms. But, like Dillon today, God has no problem with volume, frequency or pitch.

He always hears us.

What are you hearing from Him today? Could God be calling you to do something bold, unexpected, beyond your comfort zone for His glory? Could He be urging you to dream bigger-than-life dreams that will change a child’s future?

You don’t have to be an adoptive parent yourself to make a tremendous impact. And you don’t have to change the world all alone. Start small. Take one step. Pray a daring prayer for families like Dillon’s. Reach out to parents of special needs kids with a meal, an offer to babysit or a listening ear. Love and support adoptive parents as they embrace new family members and life changes. If you’d like to learn more about how you can help children thrive in forever families through Hope’s Promise, contact [email protected].

Carolyn is a freelance writer and mother of two Russian adoptees. She studied communications at Harding University and received her MA in English from Abilene Christian University. She loves thrift shopping, traveling, drinking good coffee and spending time in the great outdoors of Colorado with her family. 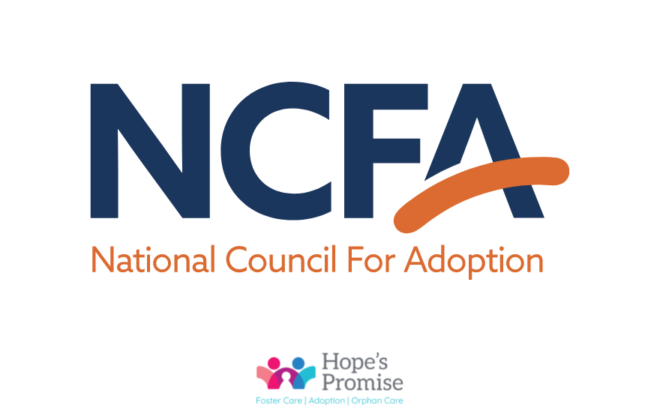 Predictors of Adoption Disruption and Dissolution 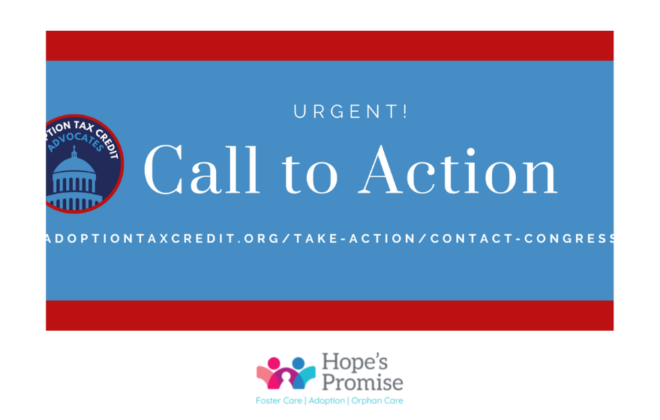