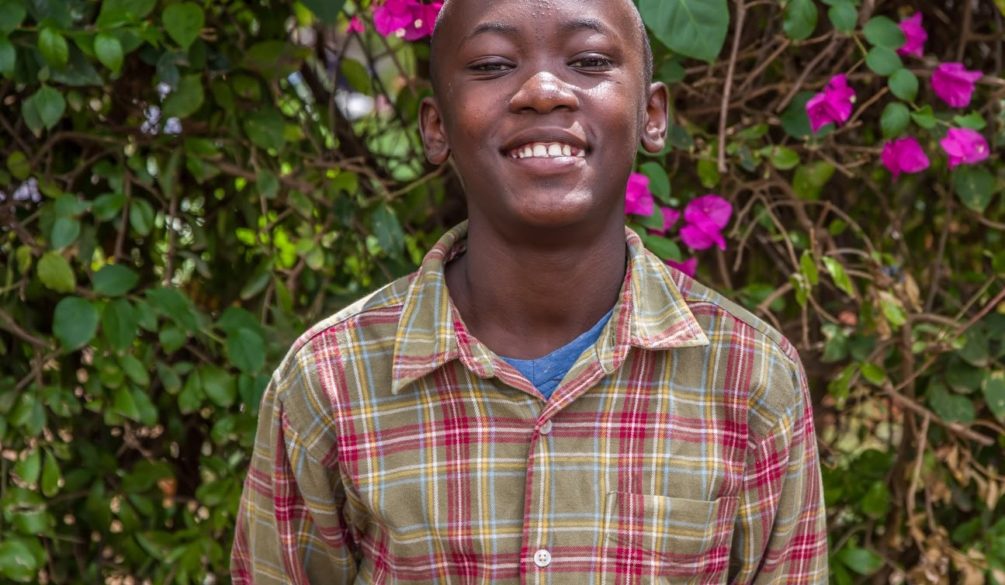 Michael lived in Mathare Valley slum with his mother, aunt, brother and twin brother, Laban. Michael’s family is all HIV+ except for him and his twin. His single

mother had no source of income. Michael and Laban arrived at Sanctuary of Hope (SoH) in 2008 when he was almost four years old. When Michael arrived at SoH he was quiet, not very communicative and appeared very sad. Today Michael is still a quiet boy, but very friendly. He has a very active imagination and loves to create things out of anything he can find—he even makes things out of tape! Michael has a growing relationship with his Heavenly Father. He loves reading and studying Scripture. We’re grateful Michael can now use his creativity for play instead of survival in the slums of Mathare. Join with us in sponsoring Michael and encourage him to be all that God has created him to be.