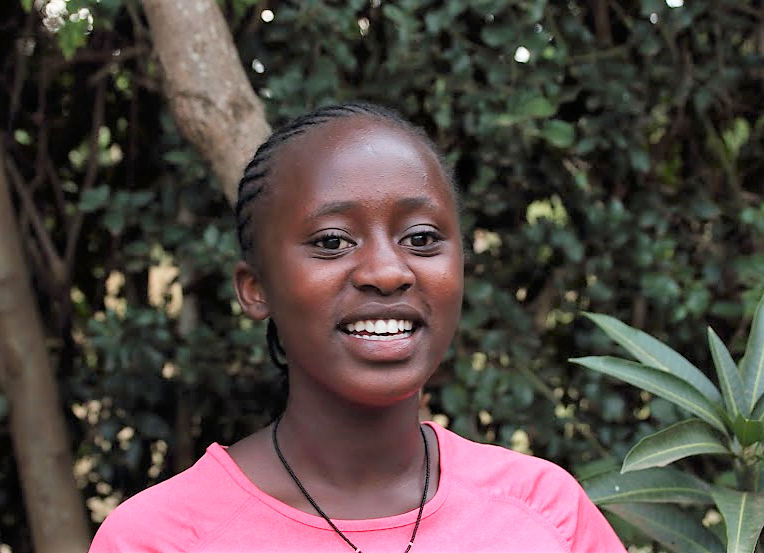 In 2008, political turmoil forced thousands of Kenyans into displacement camps around Kenya. Grace’s brother and her grandmother found shelter in one of the camps, but Grace’s

mother chose life on the streets. After moving around from place to place, Grace ended up back with her grandmother in the displacement camp. In 2012, her grandmother was involved in an accident and was admitted to the hospital for extensive care. There was no one to care for Grace; her mother had left. Grace’s brother had already found refuge with the Sanctuary of Hope (SoH) family, and after much searching, the Hope’s Promise staff found five year old Grace alone and surviving by begging for food. They brought her home to the SoH family in December, 2012.

Today, Grace is good natured and always has a smile on her face! She is talkative and makes friends easily. Grace is very active and loves to play outdoors, run around the house and jump on her bed! Perfect for a girl who relishes being in front of people, she is a member of her church’s dance group and drama club. Join us in bringing this joyful girl a future full of potential!