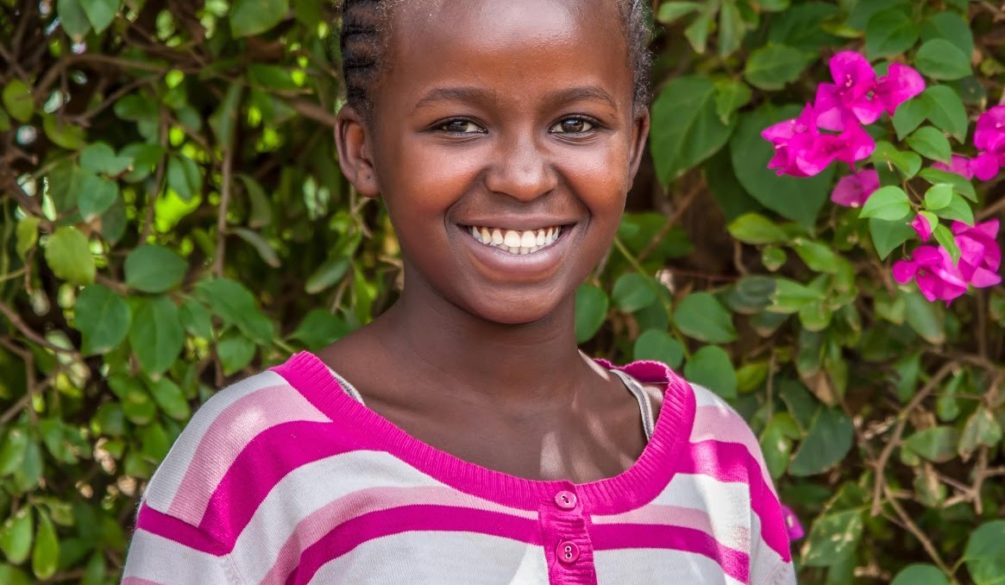 When Esther was four months old, her mother passed away. Esther lived with her grandmother until she joined Sanctuary of  Hope at three years old.

Her grandmother only spoke their tribal language, so when Esther arrived at at her new home she could not communicate with her house parents and siblings. Esther was quite shy and would not smile.

Today Esther is ALL smiles! She is a sweet and kind girl who is extremely inquisitive. She is always asking questions of her teachers in the classroom when she does not fully understand, simply because she really seeks knowledge! Esther enjoys playing hopscotch and hide and seek with her siblings. She has become very involved in her church and is active in the church drama team. Through the love and support of her parents, Pastor and Mama Karau, Esther smiles easily. Join us in giving this inquisitive young girl a bright future.