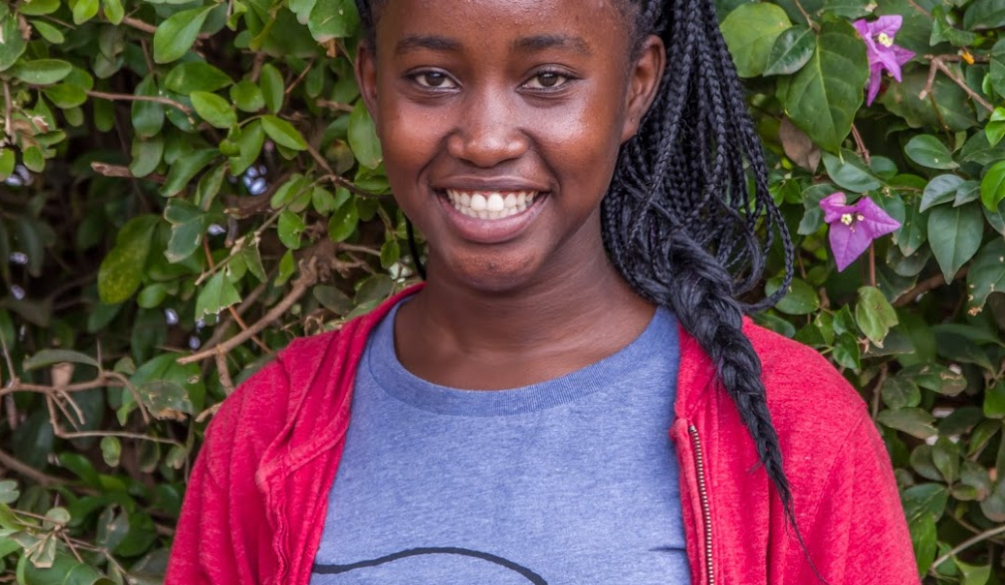 Esther’s mother passed away when she was three years old. So Esther and her brother moved in with her widowed grandmother. Her grandmother was also caring for her son’s children

as well, because he had also died. During the post- election riots in 2008, the family home was burned in a fire. Overwhelmed by the many losses, Esther’s grandmother grew depressed and was unable to care for Esther. In October 2008, Esther came home to her new Sanctuary of Hope family.

Esther has grown into a confident and happy girl. She is a natural leader with her siblings and often coordinates activities for them to do together. It is quite typical for Esther to invite friends over to play; she loves socializing! She is doing well in her studies and enjoys her English class. Through the love and support of her family, Esther is encouraged to be herself and dream about her future. Join us by sponsoring Esther, and help her reach her God-given potential.