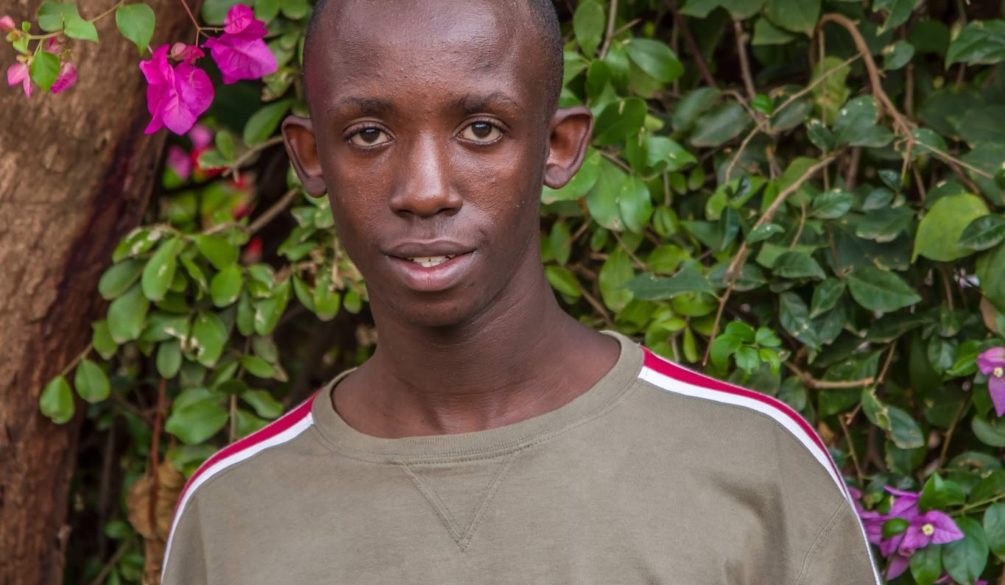 As a single mother with no source of income, Samuel’s mother would often leave him alone for hours in their one bedroom shack in the slums. She would spend her days drinking

alcohol and would forget to take care of Samuel. As a toddler, Samuel would beg for food from his neighbors or simply eat the trash he found in the streets. When he arrived at Sanctuary of Hope four years old, he had never slept in a bed and did not know how to use utensils. He was quiet and shy and needed a lot of encouragement to interact with his new brothers and sisters.

Today, Samuel is a quiet boy who loves animals. He has said if he could be any animal he would be a lion “because it is brave.” We can’t help but wonder if Samauel spoke from a place of knowing; he certainly has had to be brave. Samuel is now in his teen years, and is experiencing a new type of independence. In his free time he can be found outdoors in the yard playing soccer or riding his bike. Samuel also has a love for the game of basketball. Through the support of Hope’s Promise sponsors, Samuel has opportunities that he never would have had living in the slums. Join with us in providing Samuel with a future full of potential.