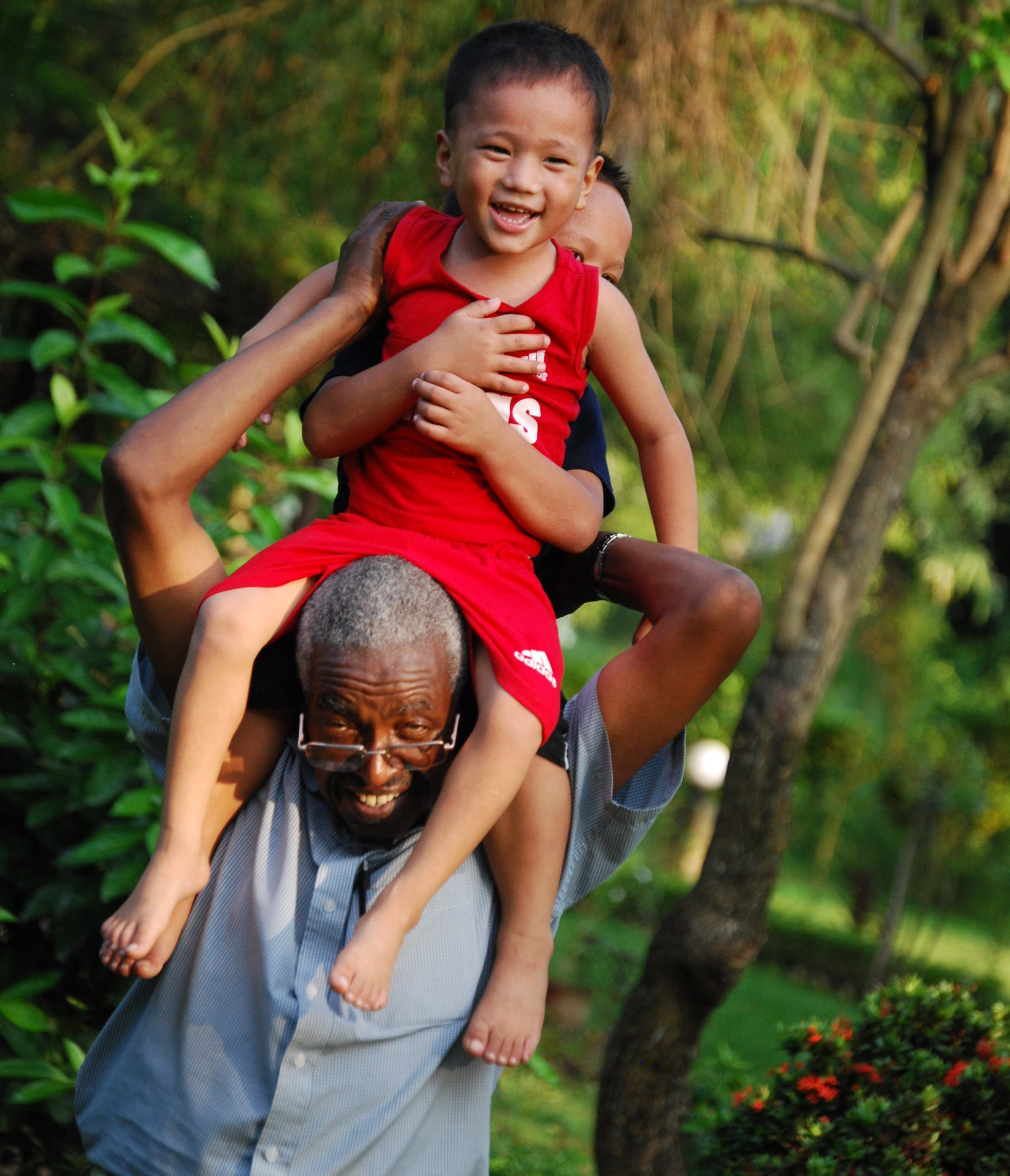 He’s a living breathing Pied Piper. Everywhere he goes, children trail after him. In a Kenyan man called Pastor Karau, the legend becomes visible in real time, albeit with a happy ending.

In his home culture, Pastor Karau walks the winding, muddy lanes of the second largest slum in East Africa, seeking out the last and the least. He finds the children abandoned and neglected; the little ones forgotten by others. He stoops down to their level, looks them in the eye, and does whatever he can to convince them they matter. Sometimes that means welcoming them to the Mathare Worship Centre daycare, founded to give mothers an alternative to locking their young children in tiny shacks while they search for work to earn daily bread. Or inviting them to the church’s feeding program. Sometimes it means literally bringing them home and raising them as his own children, as he and Mama Karau have claimed the twenty-four kids of Hopes Promise Kenya.

But I can testify that Pastor Karau’s magical ways with children transcend his own culture. Only God could write a story in which a country girl from Colorado and a Kenyan pastor end up in Nepal together! But indeed, we did, along with a Hope’s Promise team. Although Pastor Karau lacked language and understanding of cultural intricacies, he became no less than a Nepali kid magnet! I’ll never forget playing with five young boys, nicknamed the “five ninjas” by our team as they jumped, tumbled, and whirled their way through the afternoon. In the middle of it all, not one, but two delighted boys found perches on Pastor Karau’s shoulders.

God has definitely given Pastor Karau a special gift, but when I read Too Small To Ignore: Why the Least of These Matters Most by Dr. Wes Stafford, I began to realize how simple and universal his techniques are: “If God places a child before you, and you are too busy to wield either a positive or negative influence…you just did the later! You communicated that the child doesn’t matter and isn’t important.” When a child enters the scene, Pastor Karau notices. In fact, he homes in on that small human with every aspect of his being. He makes eye contact, crouches to their level or lifts them to his, engages them fully. In the context of ordinary, daily life, he treats children not as interruptions to more important adult activities, but bestows VIP status upon them, deserving of his full attention.

Once when I visited a Sunday morning service at Mathare Worship Centre, the kids presented a special dance performance. Spontaneously, Pastor Karau joined them on stage and, unrehearsed, imitated their moves. In becoming like them, he proclaimed without words their value, their worth. Hmmm… sounds a lot like someone else I know. “But (Jesus) made himself nothing, taking the form of a servant, being born in the likeness of men.” (Philippians 2:7)

The United Nations designates November 20th as World Children’s Day, “…first established in 1954 and celebrated on 20 November each year to promote international togetherness, awareness among children worldwide, and improving children’s welfare. World Children’s Day offers each of us an inspirational entry-point to advocate, promote and celebrate children’s rights, translating into dialogues and actions that will build a better world for children.” (https://www.un.org/en/observances/world-childrens-day)

Maybe you aren’t called to parent twenty-four orphaned children like Pastor Karau or to take a visible stand for children’s rights like many other heroes around the world. But let me challenge you to one simple task today in honor of World Children’s Day. Reach out to a child and make them feel as important as they are. I guarantee you will be the richer one for it.

As Dr. Wes Stafford writes, “Just know this: What you will do among children is as close to the heart of God and central to his kingdom as anything we could mention.”