Home / Blog / He Became Mine 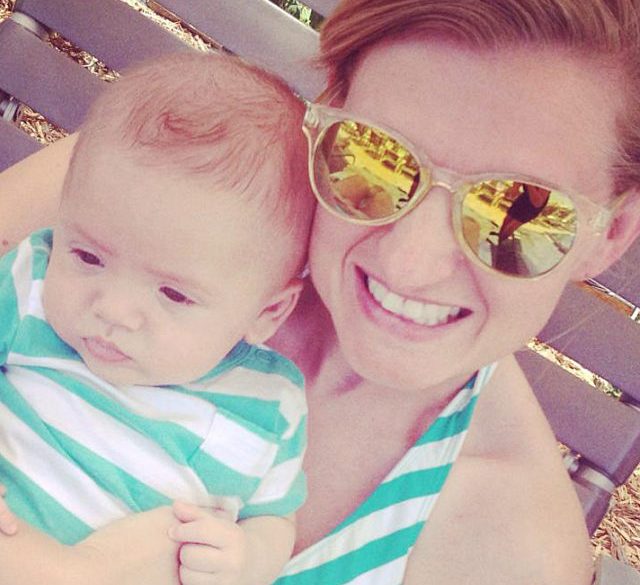 I am not an adoptive parent nor, thus far, have I ever felt called to adopt. In fact, most of what I knew or had experienced about adoption was academic, at best. But what I’ve most learned most is that, though there are two key partners in adoption – the adoptive parents and the birth parent(s) – redefining family by welcoming a new life never ends there. It has the power to touch every willing heart that comes into its contact: grandparents, neighbors, churches, family, coworkers, and friends. This is part of its beauty, really; that it transforms idea into reality, possibility into life, and turns a complete stranger into a child you’ll love forever. You just have to be willing.

Until our beloved friends adopted their third child, a son, we’d never personally been impacted by adoption. But that all changed when our friends were told they’d been chosen by a birth mother. Suddenly, I had so many questions. “How do I give the best support?” I wondered. “What are the best questions to ask? How is there no guidebook I can rent to navigate this trail?!” Now, with the benefit of hindsight, it seems a bit silly to have ever worried about those answers: then, not so much. Because what I quickly realized is that a lot of the ongoing conversation about adoption represents the key partners in adoption, which is not only logical, but also critical. Yet, since neither of those was me, I was left wondering, maybe even worrying, with few answers and little help to guide our family in how to come alongside those we loved as they were adopting their baby boy. Little did I know just how much transformation I was about to undergo.

Our precious new family member had an uphill climb. He battled some health issues and, early on, needed oxygen to assist his breathing. Restless in his little body, he was sometimes fussy, struggling to find sleep and peace in anyone’s arms. One Sunday at church, I offered to give it “an old pro’s try”. When I settled him in my arms and looked down, there he was, looking back at me. Time seemed to stop for just that beat as I stroked his chin and whispered, “Everything’s okay now, my friend. I’ve got you.” In that instant, he stopped crying and fell right into sleep. And then he became mine.

So, what did I discover? Well, there is no guidebook. There are no easy answers or “right things” to say; after all, little in life worth having is ever that mess-free! I guess we made our own guidebook, you could say. And the title of our first chapter was “Love Others as He Has Loved You”. So was the second. And the third. And the…well, you get the drift. With God’s love as our goal, we listened. We celebrated picking a name. We had long phone conversations. We prayed lots of prayers. We told the truth, sharing our worries, asking our questions. We had some re-directs, and we got back on course.

Being a support beam for an adoptive family can be a bit like looking into the house from the outside, forgetting you have a key to go right on in. In other words, it is a surreal blend of what you know, meeting what you don’t. But that’s life, isn’t it? You’re presented with these incredible, sometimes unexpected, opportunities to become someone who knows better, does better, loves better.

We could all stand to learn a thing or two about loving others better, I think. I know I can. Being a part of an adoption is a big way God taught me – and is teaching me still. The kind of transformation it takes to learn, though, won’t always be easy; in fact, it’s likely it will be as messy, hard, and tiring as it is breathtaking and filling. But if you can let go of the reins and just be on the ride, you’ll find a far greater adventure than you ever imagined. You just have to be willing.

Wife, mother, and writer living with hope in the light of a perfect Savior.