Personal advocacy for orphans adds up to societal change

More than a million orphaned children live in Kenya. Yet, though I had previously worked in Mathare Valley, one of the largest informal settlements (slums) in East Arica, home to thousands of vulnerable children, I did not fully appreciate the plight of orphaned children until 2005 when I started working for an adoption agency. My work at the Little Angels Network adoption agency involved carrying out home assessments, preparing children’s documents, and filing these in courts. I handled cases from all over the country, and they revealed a whole new world to me. I realized that beyond the slums and in some of the most beautiful regions of the country, a lot of children lacked what they needed most, loving parents. Over one million households in my country care for an orphan. This means most orphaned children are connected to an adult in one way or another. While some live with families who are doing their best to help, some subsist with a woman sending them into the streets to beg on her behalf, or a crime lord using them to steal or ferry drugs, or a relative who is using them as labor. They find themselves in a world that does everything to exploit them.

From my experience serving orphans, first as a volunteer with a Compassion International child development center, then as a social worker at an adoptions agency, and later as a pastor and a parent to twelve orphaned children, I have learned two things that help me advocate and make a difference.

The first step (and I find this to be the most important), is to find out what is happening. We cannot advocate for that which we do not fully understand. Though I was born and raised in a country with so many orphaned children, like many who grow up in middle-class families, my life was insulated from that reality. I had to deliberately interact with a world different from where I lived and where I went to school to realize that so many children are vulnerable. I encourage my friends to visit orphaned and vulnerable children, and they often leave with a new perspective.

The second thing I have realized is that everyone can do something meaningful. The smallest efforts can make the biggest impact. I first realized this truth when I was about nineteen, and I shared my old school textbooks with a vulnerable child. My simple act lit up their world in a way that I would not have thought possible. It was not just the books, but that someone cared enough to give them a gift. I have met orphans who remember the simplest gift they received many years ago, in addition to those whose lives were changed because they were adopted by a complete stranger. We can all do something to make a difference; and that fact places a responsibility upon all of us to act.

Over the past few years in Kenya, there have been major improvements in the law that enhance the protection of children; but the most exciting shift for me is cultural. Children, especially the orphaned and vulnerable, are no longer shunned and people are rising up to help where they can. The advocacy of ordinary people like you and me is slowly but surely adding up to societal change.

Steve Kariithi serves as pastor of Mathare Worship Centre and as Hope’s Promise Kenya’s Associate Country Coordinator. He and his wife, Joyce, also parent twelve former orphans at Sanctuary of Hope #2 in addition to their two biological children. 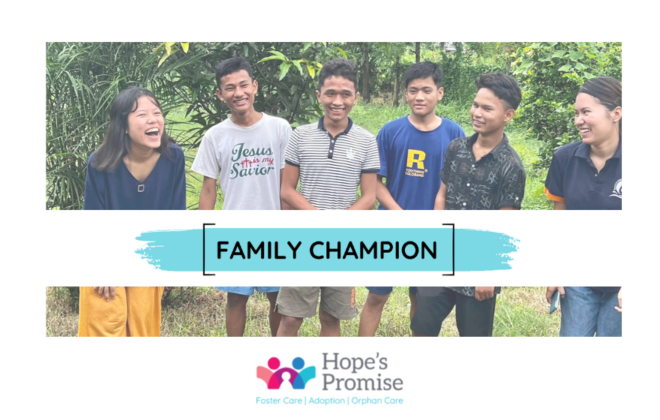 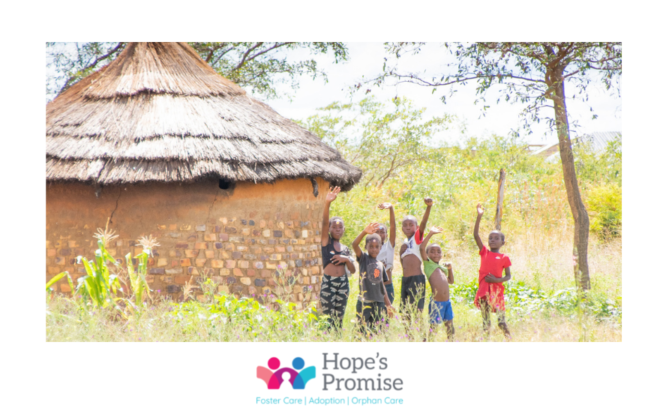