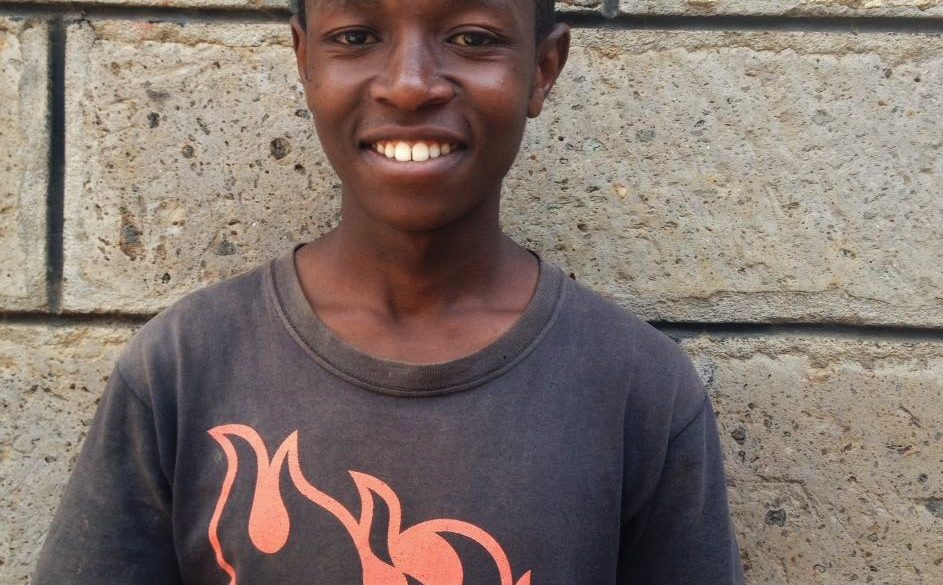 Peter was almost five when he arrived at Sanctuary of Hope (SoH). Prior to this he was living with his mother in a shack in Mathare Valley slum. His mother had HIV

and his father had abandoned them when he learned of her condition.Peter’s mother tried to earn an income selling groundnuts in the slum, but she knew she could not properly take care of him. Peter was largely unmonitored and would sometimes sneak away from home and return late at night. Because of his survival mentality, Peter was prone to violent behavior when he first arrived at SoH. Today, Peter is one of the most laid-back, fun teenagers you will ever meet! His house parents, Pastor and Mama Karau, say that he is a joy and brings laughter to the house. He has a contagious personality that draws many friends. Peter has an inclination toward the arts and spends his free time drawing! Hope’s Promise is grateful Peter doesn’t have to worry about his survival and can dream dreams that would not have been possible when he was living in the slum. Your support can further Peter’s dreams and allow him to live out his God-given potential.