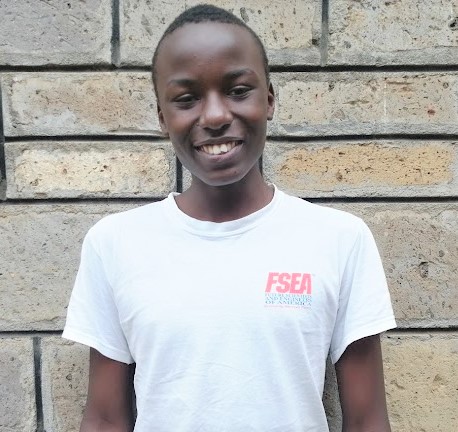 George came home to a Hope’s Promise family in December 2006. He is thriving with his sisters and brothers, and house parents. George dreams of becoming a “computer

scientist” when he grows up. George spent his early years in the second largest slum of East Africa where half a million people live in six square miles of abject poverty. Children in Mathare Valley are especially vulnerable to abuse, neglect, starvation, inadequate sanitation, illness, and hopelessness. In Kenya, 45% out of a total of 9.5 million children under age eighteen experience poverty and 3 million are orphaned.

Your sponsorship provides George and his family with basic needs, such as food, shelter, medical care, and education. You also give George the love of a permanent family, belonging, and hope for his future.